I recently rediscovered the amazingly good science fiction novels by Jack McDevitt. I’d read a number of his books published in 2000-2012. His stories specifically interested me because they were action loaded, pithy, and plausible–in a sci-fi kind of way. The Priscilla Hutchins series starred a strong female character, which I like as well.

Now as I re-read them in order, I see that almost 20 years ago he was telling the far-away future, with insights that are still quite relevant today. The following are some quotes that made me think he could have written these stories last week.

“There’d been studies over the years supporting the proposition that groups composed exclusively of women usually made intelligent decisions, that exclusively male groups did a bit less well, and that mixed groups did most poorly of all, by a substantial margin. It appeared that, when women were present, testosterone got the upper hand and men took greater risks than they might otherwise. Correspondingly, women in the mixed group tended to revert to roles, becoming more passive, and going along with whatever misjudgment the males might perpetrate.” Chindi (The Academy series (Priscilla Hutchins) Book 3) by Jack McDevitt

“There is, he’d said, an inverse correlation between the amount of power a person has and the level at which his or her mind functions. A person of ordinary intelligence who acquires power, of whatever kind, tends to develop an exaggerated view of his own capabilities. Sycophants gather. There is little or no criticism of decisions. As his ability to disrupt the lives of others advances, these tendencies become stronger. Eventually you end with Louis the Fourteenth, who thinks he’s done a good job for France, although the country he left behind was ruined.” Infinity Beach by Jack McDevitt

“Freedom and idiots make a volatile mix. And the sad truth is that the idiocy quotient in the general population is alarmingly high.”

“It is not faith per se that creates the problem; it is conviction, the notion that one cannot be wrong, that opposing views are necessarily invalid and may even be intolerable.”  both attributed to Gregory MacAllister, “Downhill All the Way” in the book Odyssey (The Academy series(Priscilla Hutchins) novel Book 5) by Jack McDevitt

Evidently, I was still a very young child when my mother introduced me to books, setting me on a life-long safari of endless reading adventures.

Lazing in the pool soaking up sun always sets my mind to wandering. Yesterday I was reminiscing about how when I was about seven years old my parents bought a set of Encyclopedia Britannica. It was a big dollar investment in those days (1954). I remember the salesman talking about an installment plan. It was also a big load of books for an ‘always on the move’ Army family.

I started with the first letter of the alphabet  and, over time, worked my way through XYZ. I finished up as I turned 11. It was glorious journey. My siblings were younger, but the books grew up with them as well.

Ben Franklin said, “An investment in knowledge pays the best interest.”  I’m so glad my parents invested in our knowledge in this way.

Of course, there is now a very different set of Encyclopedia Britannica online which is just one of the places I go for information. It’s worth checking out.

How time flies! It’s been almost a year since I’ve shared the good books I’ve been reading. After I found the San Antonio Public Library now has many of the best selling or most critically acclaimed books available (albeit sometimes on a long waiting list) I’ve been reading about a book a week. I do read all by books on a Kindle. Easier on my hands and I can take it anywhere. 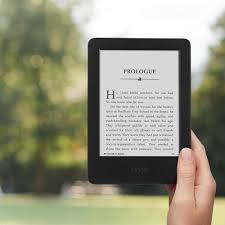 Here is a list of some of my favorites:

News of the World Especially if you are a Texan, but even if you are not, you will love this beautifully written story set in Texas after the Civil War. I sent it to my 16 year old granddaughter in hopes she will read it.

Kim Stanley Robinson is one of my favorite authors. Aurora is chocked full of realistically based sci-fi scenarios, appealing characters and a lovely ending. His Mars Trilogy is superb! especially if you’re interested in a possible future of the human race.

Half Girlfriend by Chetan Bhagat takes place in India. A great story that proves love is a culturally universal, human thang! As an acclaimed writer, he has other books which I have on my list.

I’m on a jag of reading, in order, all the Eve Dallas books by J.D. Robb. Interesting crime solving mysteries set in the future ‘starring’ a kick-ass female police lieutenant–with a sexy, rich hubby. Fluff?-maybe but entertaining.

Lab Girl a biography by research scientist Hope Jahren, PhD. She’s a bit quirky, as is her long-time lab assistant/best friend, so her projects usually include interesting and sometimes strange adventures.

I also like author Robert Masello. His books are a fascinating combination of history and fiction with people/characters you know (but not really). Some of the titles. are The Medusa Amulet, The Einstein Prophecy, and The Jekyll Revelation.

I am a book hoarder. I always like to have many books stashed away–either on my shelves or in my Kindle–to read at some future time. The last few months, I made it a goal to read all the hardback books I’d been saving for retirement, plus a couple of library books.

All of the following books are very good to excellent, except for the last one which was so-so–my opinions only. I’ve linked them to their page in Amazon for your convenience. Also, they are all over the map as far as genre is concerned.

The Language of Flowers by Vanessa Diffenbuagh

The Periodic Table by Primo Levi

The Wayfinders by Wade Davis (I wrote about this one already)

Chasing the Night by Iris Johansen

Let me know if you read any, how you like them.

So many books – so little time

Richard and I went to the Texas Book Festival – San Antonio Edition today. It was held at the Central Library and at the Southwest School of Art, which is right across the street. Lots of books, booths, activities, speakers and such. My friend Mary Cantu, founder of Spareparts, was there with her reuse, re-purpose, recycle art projects for the kiddies and adults alike.

We brought her some of Richard’s best shortbread, chocolate topped cookies for her eating pleasure.

It’s nice to see books and reading encouraged and authors sharing their stories. Most of them were from San Antonio and Texas from what I could tell. That’s a big Yippee! too.

Richard and Mary Cantu from Spareparts

Kym’s Kids were some of the many volunteers

Some of the book booths

This is a local book press, which is nice.