Unpacking your prejudices for a life well lived

Just who do you think you are?  Whatever the answer to this question it will reflect a heady, imperfect mix of your genes, your family, your life experiences and your environment. Where we live, the people we live around and interact with have a great deal to do with shaping our ideas, thoughts and attitudes about each other as human beings.

This is, after all the a ‘small blog’, so this won’t be a detailed discourse of the subject, just some thoughts I’ve had lately.

In consideration of my upbringing in a stable, white Southern family, I probably would have been more affected by negative prejudice toward other ‘races’ had I not had the privilege of being an Army brat. A previous small blog post tells how my attitudes were born again by living in Hawaii and taking advantage of multi-cultural experience. 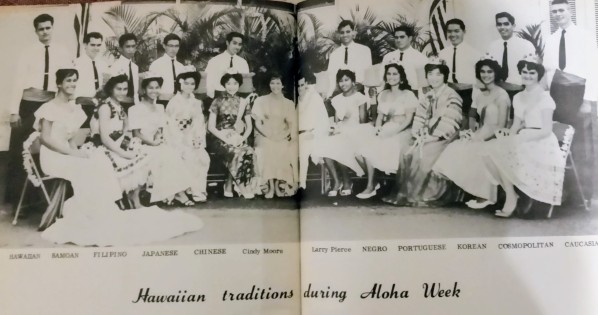 In American cities, citizens are much more likely to interact with any number of folks from different cultures, countries, family situations etc. But, there are areas in our country where this is not the case and there is a prevalence of homogeneous Anglo populations. When this kind of, what I would call, isolation occurs, people aren’t given as much of an opportunity to broaden their intellectual or existential horizons.

This is the future. Make it good for everyone.

It’s been proven that living around people with different backgrounds and cultures gives us a larger life experience and usually modifies prejudices we might have previously held.

Despite the decidedly ‘white supremacist’ policies coming out of our current administration, the Pew Research Center determined there is  “Shifting Public Views on Legal Immigration Into the U.S.”

It’s not just about ‘race’ or immigrants either. There is a prejudice against poor people—’they’re lazy, don’t want to learn, rather take welfare etc.’ My city San Antonio, though a great city in many ways, is one of the most economic segregated cities in the nation.  Which opens up a Pandora’s box of side-effects both for the affected population and on the community as a whole.

Oh, my goodness, this is a depressing post! So, what can you do about it? A few suggestions: